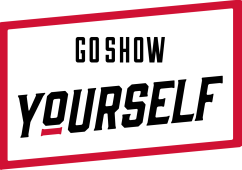 Casie Goshow
Casie has been dancing in one form or another since she was a little kid.  She got serious about hip hop and breakdancing when she was in college and that became the passion that fueled her to where she is today.  Casie moved from a small town in Pennsylvania to pursue her dreams and dared (and succeeded) to make in the toughest city in the world, New York City.  She lived there for four years and has since moved onto the city of Los Angeles.  Casie has been on television numerous times, won awards, toured across the country and inspired dancers of all of ages that they, too, can have it all.  And most importantly, with Casie, they can have it all while smiling, dancing, and looking good to the beat of their soul.

Ann Elyse Urquidi
Ann Elyse is a native New Yorker who was never much of a dancer, until she met Casie.  After taking one Zumba class she was in awe and inspired by this instructors aura.  After getting to know her on a personal level, she saw the potential for a fruitful partnership between them.  After college, Ann Elyse began her professional career as a consultant to businesses of all shapes and sizes.  She has aided companies in building business and financial plans or reassessing the ones that are currently in place.  Despite her profession being geared more towards finance her passion and interest still lie in the humanities and liberal arts.  The union with Casie and the creation of this company embody the very passions in her own life.